Where is the Ulnar Tunnel?

The ulnar tunnel is found in the elbow. It consists of two bony points that form the tunnel: the olecranon (the larger bony point of the elbow coming from the humerus in the upper arm), and the medial epicondyle (the topmost point of the radius, the main bone of the forearm). The notch, or space, located between these two bony points is known as the Ulnar Tunnel.

Many of us at one time or another in our lives, have hit our “funny bone”, creating that familiar sharp, zinging pain. When you feel that sensation, you have actually hit the ulnar nerve as it passes through the ulnar tunnel!

Recovery would be a much simpler process if the source of ulnar nerve dysfunction occurred only at the ulnar tunnel. Unfortunately, as in all nerve-related conditions, the source of problems can occur anywhere along the path of the nerve. The nerve might be hung up at the ulnar tunnel, but the symptoms will often be felt elsewhere. This can lead to a lot of the confusing symptoms related to Ulnar Tunnel Syndrome.

The Ulnar Tunnel Syndrome  Anatomy That Leads to Symptoms

The ulnar nerve is part of the brachial plexus, a large bundle of nerve fibers that control the whole arm.

The ulnar nerve separates from the bundle and branches off to travel its own pathway near the front of the shoulder. From there, the nerve passes through the armpit, between a seam that separates the biceps and triceps muscles, then around the medial epicondyle, through the ulnar tunnel, the forearm, the wrist, and on into the hand and outer two fingers.

If the nerve is impinged or adhered anywhere along this pathway, symptoms will develop. More often than not, the pain and numbness will seem to originate at the ulnar tunnel, even if that is not the only site of impingement or adhesion.

It is entirely possible that there will be multiple sites of nerve impingement creating Ulnar Tunnel Syndrome symptoms, as there often are with other nerve-related conditions.

One area where the fascia is prone to change leading to Ulnar Tunnel symptoms is along the outer bone of the forearm, the ulna. Very often, especially in people who tend to tilt their hands toward the little finger (commonly found when using a wide computer keyboard), the tissue all along the ulna will thicken and become much denser. This can trap the ulnar nerve and lead to symptoms in the ring and little finger, as well as in the outer wrist and along the ulna bone. In this case, the symptoms will often be blamed on the ulnar tunnel but the problem actually exists lower in the forearm.

In another scenario, the nerve can get hung up or adhered as it passes between the biceps and triceps of the upper arm, before it even gets to the ulnar tunnel. Here, the nerve becomes irritated and hyper-sensitive because the biceps and triceps, for whatever reason, have lost some or all of their ability to slide and glide across one another. As the nerve sits in the seam between these muscles, it is prevented from its natural sliding and gliding as well. Its normal motion is halted through the upper arm. When the elbow is bent, the stuck nerve gets tugged, stretching and irritating it. Again, the symptoms will often be blamed on the ulnar tunnel when in fact these symptoms are being created before the nerve even makes it to the tunnel.

In each of these cases, all of the places that have developed adhesions, sticking points, or thickened tissue that prevents the normal sliding and gliding of the nerve must be addressed and resolved before significant symptom relief can be experienced. Once all these areas are released, the ulnar nerve will quickly come back to life and heal itself of any compromise.

The Best In Ulnar Tunnel Syndrome Self Care 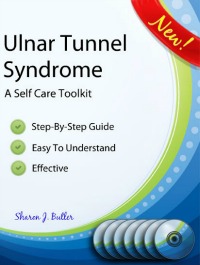 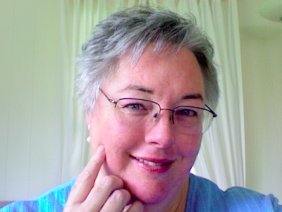 Sharon Butler has been a Practitioner of Hellerwork Structural Integration for 34 years and has specialized in helping people recover from Repetitive Strain Injuries of the upper body since 1991. She is the author of the best selling book, “Conquering Carpal Tunnel Syndrome and Other Repetitive Strain Injuries: A Self Care Program” along with 7 comprehensive specialized programs for the Self Care of RSI’s.